:: Home » Lightings » How to make fast blinking lights for bike 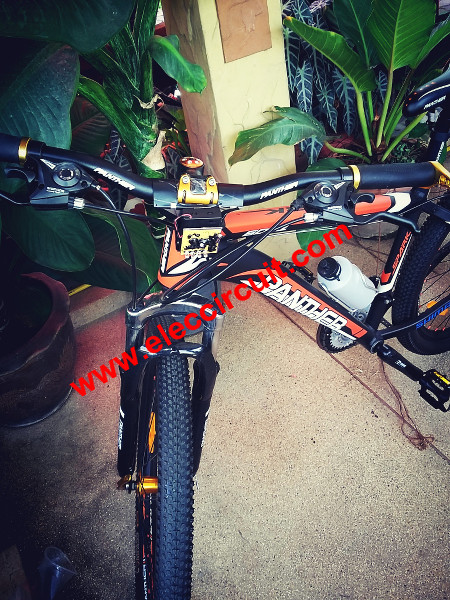 This is a fast blinking LED bike light circuit For safety when the bike at night. We use two-NPN-PNP transistor oscillator circuit and RC circuit only show on 4 LEDs use low current.

We take the four LEDs to parallel. Because of each LED use voltage about 3 – 4.5V
We want this circuit for a long time using so use the LED voltage is 3V only. And makes them blinking as the LED flasher. 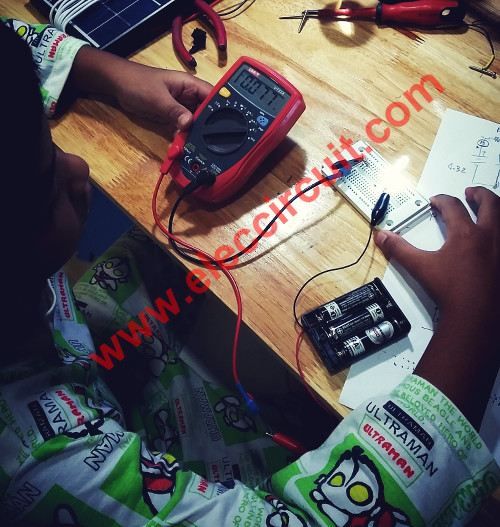 Figure 1 Testing the LEDs in parallel. They use current about 0.077A.
But we use them in switching so low
Table of Contents hide
How this circuit works
How to build
Related Posts

How this circuit works

Today I want tech my son assemble circuit on cardboard because he did not want to use PCB. We use the cardboard from old Desktop calendar that unused. We design the components layout on a paper. Then stick it on the cardboard with glue. As Figure 3 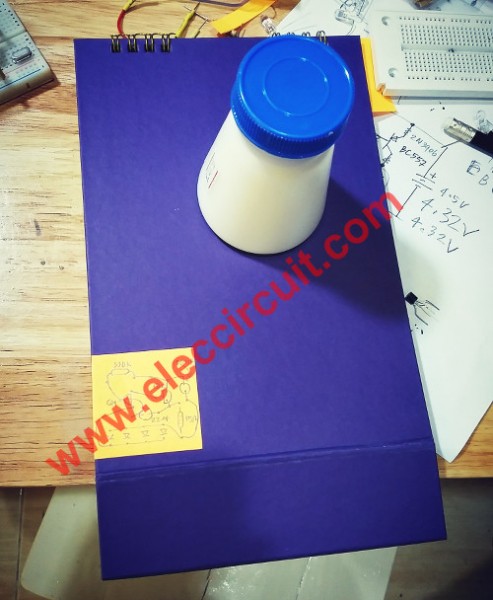 Figure 3 the layout on cardboard 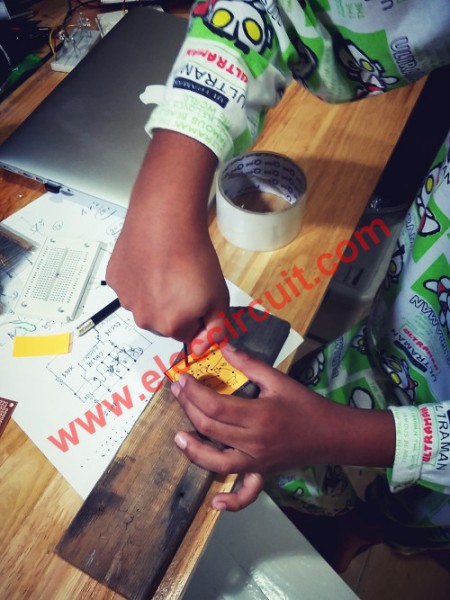 Next step, to use iron spikes holes to insert pins as Figure 4 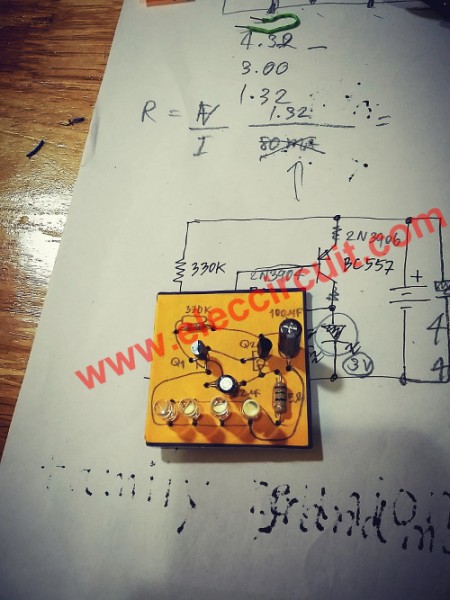 And Then, put the components on layout as Figure 5 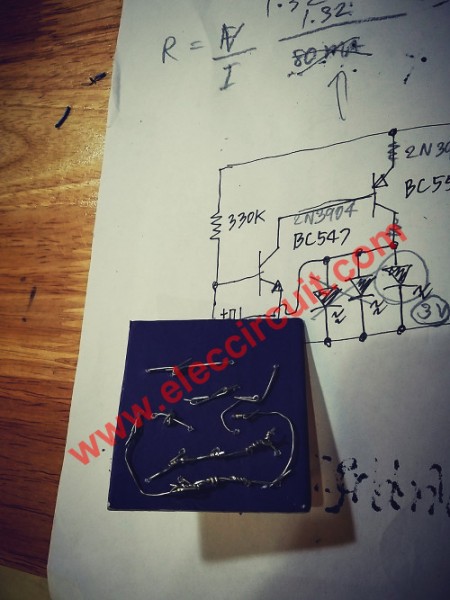 After that, to use pin devices Or copper wire connected as Figure 6 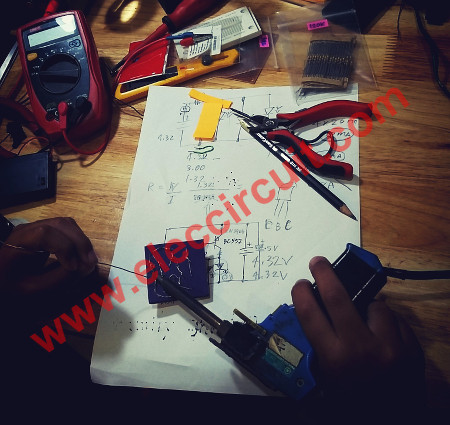 Next, Solder pins and copper wires to complete. as Figure 7

Then, Test to use it as video below

And then,Apply glue pin devices, the access point and devices. In order to prevent vibration. As Figure 8 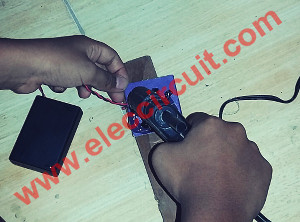 Last, To bring the circuit trial, mounted on a bicycle as Figure 9 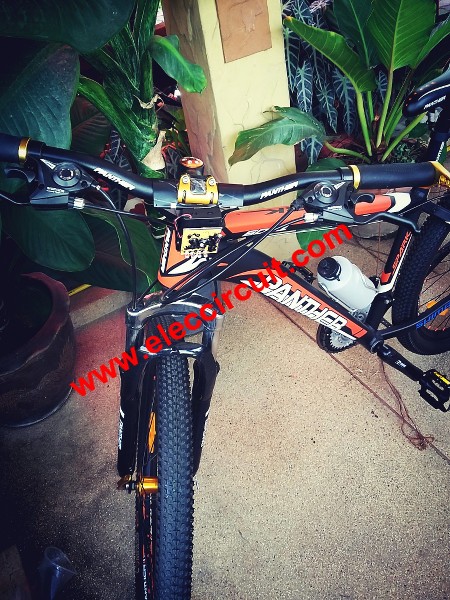 and test it at night as video LED flasher good look and low current use.

13 thoughts on “How to make fast blinking lights for bike”