All VU meter circuits and projects 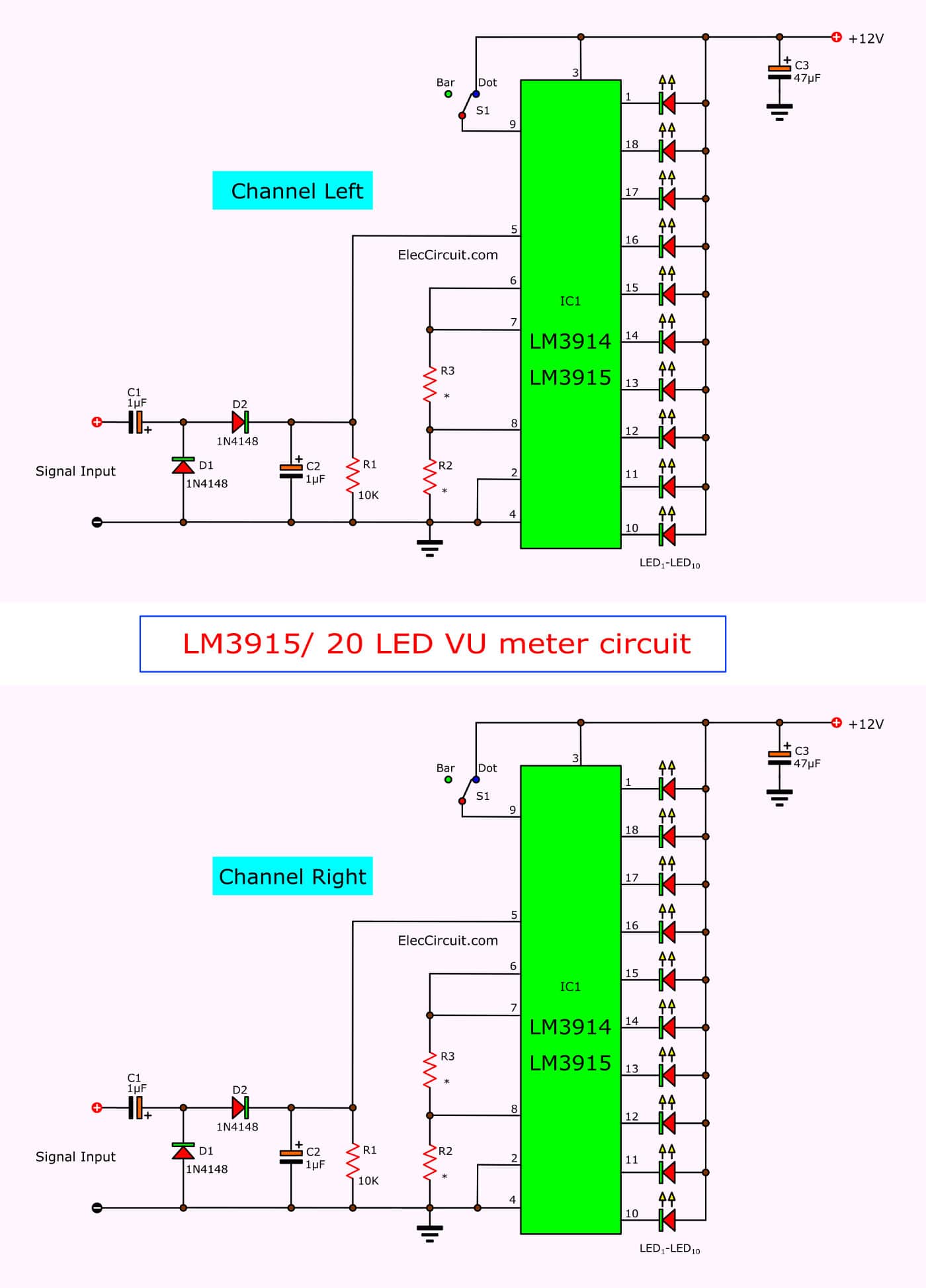 High performance LM3914/LM3915 VU meter circuit projects that widely popular can display with 20 LEDs on stereo or mono with 10 LEDs for all audio system. [...] 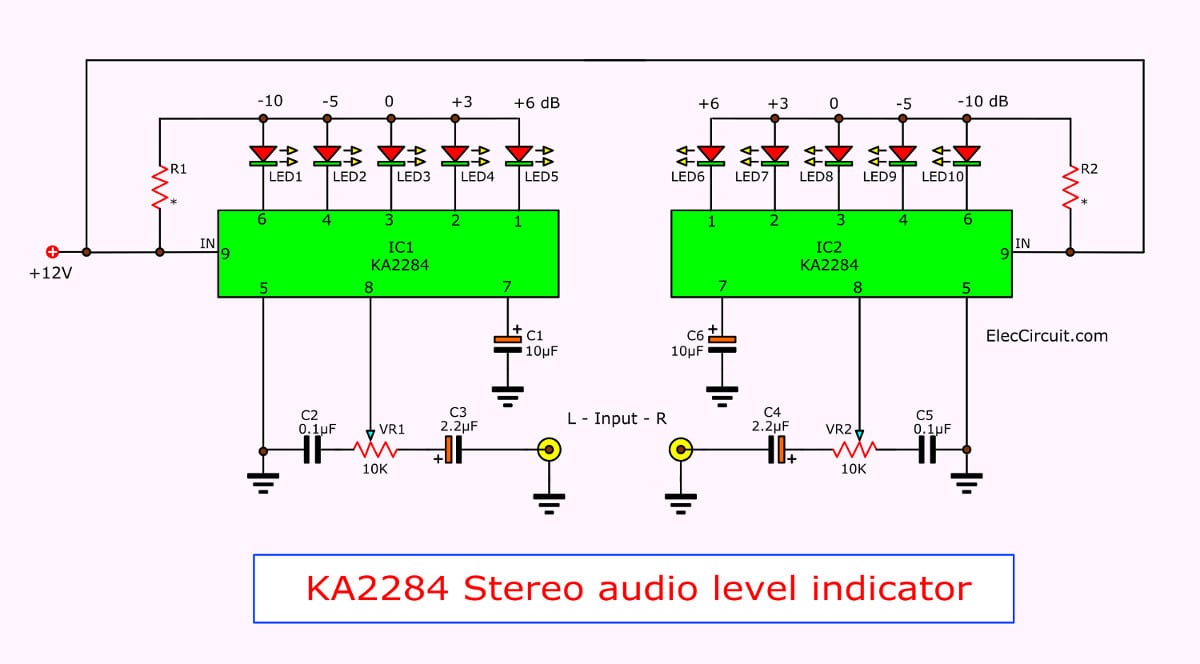 Here is cheap Stereo audio vu meter circuit with PCB. using KA2284 x2 and 10 LED or 5 LEDs per channel, it is simple to builds and few parts. put projects This project is a sound level meter circuit that easy and very cheap, can drive 9 LED display,The LB1409 is used as base of this circuit makes small size.

This LM3914 vu meter circuits, the VU meter kit, with the assembly various parts on their own or the style ready to use. Most of us are using the IC-LM3914 [...] 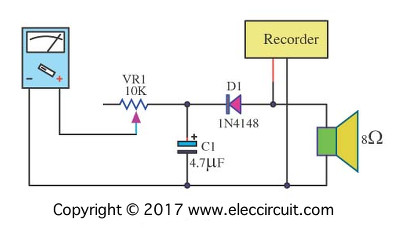 Let's use two simple Analog VU meter schematics. If we take the amplifier connected to the speakers. It is very dangerous.If your amplifier has a higher power than the limits…