LM334z is the constant current source and temperature sensor, can detect temperature that 0-70 degrees Celsius. Error less than 2 degrees. Easy to use and cheap. Because shaped like a transistor 2N3904, which we are familiar as well.

LM334 is IC that is used as constant current source and temperature sensor. By there are all four models shaped. Which can notice at a character end of IC number.

We now suggest only LM334Z. Which has chassis features as TO92 by Figure 1. Since it is cheap and easy to use. So, widely used in general project. The temperature that IC can be detected in the 0 to 70 degrees Celsius. So the error under 2 degrees. But if the temperature is more or less than this. May have a higher error.

Figure 1 characteristics chassis in a TO92 of LM334z. 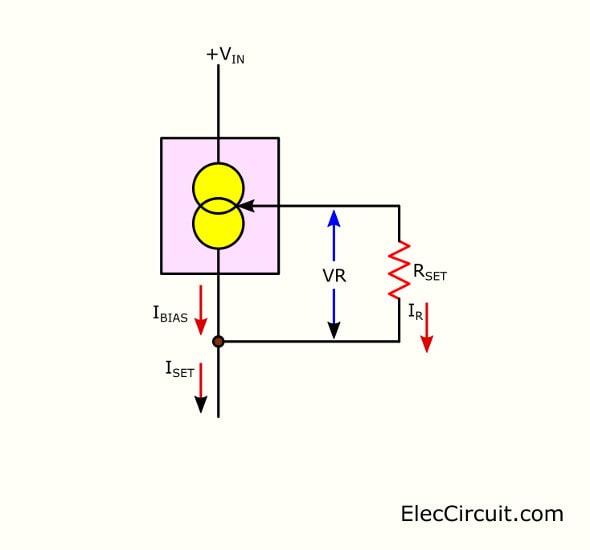 Figure 2 the base circuit of LM334z

From the Figure 2 is a base circuit of LM334Z-IC number. Which will causes it works on characteristics as the constant current source that output is “lset”, can be found below.

When, Iset = Total current out of the IC.
VR = The voltage across combined Rset.
Rset = Fixed resistor.
(1.059) = The ratio between Iset and Ivias. (As constant the specification of the IC.)
From such features causes voltage output from IC has characteristics is linear as well. The value of voltage that drop across the Rset will changes according to temperature, as shown in figure 3

Figure 3 The graph shows the relationship between VR and temperature.

When the temperatures rise then the voltage cross the Rset will also high up. Which the values obtained??, can be instead of in Equation 1, to calculate the next time.

Tags:
Temperature measurements
Last updated on July 13, 2021
ElecCircuit.com
I love electronic circuit. I will collect a lot circuit electronic for teach my son and are useful for everyone.
View All Posts